SUMMARY
The focus of the research is on the barriers to social mobility in the post-transition Hungary and (for comparisons) in several other countries. The central theme is the place and mechanisms of internal ruptures blocking greater merit-based fluidity in the society. Detailed micro-analysis of major social science datasets spanning through four decades will serve as a base of the investigation.

1.    BACKGROUND OF THE RESEARCH

The broad context of the research is the growth of inequality in general. While it is common wisdom that inequalities were on the rise since the 1970s worldwide, the pace of inequality growth varied between countries and between periods. The country grouping into which Hungary belongs, the group of Central and Eastern European (CEE) countries, experienced a common socialist legacy and different waves of institutional adaptation processes and major economic shocks, all progressed relatively well in the general transition from a command to market economies. However, like between country groupings of the West, the post-transition period in CEE countries has also witnessed differentiation in terms of inequality regimes. The Hungarian experience shows an odd combination of relatively moderate inequality growth with a low level of social mobility and massive parental transmission of social status.
While international scholarship gradually shifted interest to the top tail (the uppermost 1 or even the 0.1 percent of the distribution), major reports also document important changes that have taken place in the middle and the bottom of the income hierarchy worldwide. In many countries, there are signs of an increasing polarization among the middle class, with lower and medium middle-class households experiencing increasing risks to fall down the ladder to the lowest income groups, while more affluent middle-income households have better perspectives.
A recent OECD report, based on new evidence, underlined that there are serious barriers to social mobility in the context of increased inequalities of income and opportunities in OECD and selected emerging economies. It has observed low and often declining levels of social mobility from parents to offspring across earnings, education, occupation and health and wealth. They identified a lack of mobility not only at the bottom but even more at the top of the social ladder – with “sticky ceilings” associated with opportunity hoarding at the top and pointed out to particular negative consequences this has in terms of the economic, societal and political fabric of affluent societies.
Mainly American scholars even began to claim that with stricter closure on the top decile a new “aristocracy” may emerge. Though perhaps the use of the term “aristocrat” may be ahistorical, the tendency that the privileged on the top of society are increasingly inherited rather than achieved it indicates an important shift in the legitimacy of market capitalism and liberal democracy. The main point is, however, is that “meritocracy”, and status attained by “achievements” (the American Dream) have been losing credibility. Social fluidity decreases with all of the negative consequences on (social) efficiency and management of talents on the macro-social level.  This leads to a risk of re-emergence of new kinds of “rank” or order on top, let alone signs of aristocracy seem to emerge (again). As shown below, Hungary also fares badly in these comparisons with West-European countries.
Hungary has shown spells of increase and decline of inequality during certain periods, driven by structural and labour market adjustment between 1987 and 1993, followed by a period perhaps best characterized by the race between technological change and higher education expansion. The period between 2000 and 2010 has witnessed budget cycles driven by political considerations, at the same time as overall declining levels of income inequality, until the breakout of the Great Recession, which prompted inequality and poverty increase, mostly due to an upsurge of unemployment in the years 2008-2011.
Less shown by representative surveys but revealed by in-depth economic elite studies on the composition of the top-end entrepreneurs, the new elite of the post-communist Hungary country had a relatively broad recruitment base. Second-line managers of old socialist (then privatized) companies, successful entrepreneurs of the liberalized socialist economy, top managers of incoming multinational companies, financial moguls, traders, sportsmen, artists and independent professionals formed the new top group. The first 25-30 years of the transition was mostly accompanied by intra-generational mobility. Inheritance and intergenerational transmission of wealth was not the major road to success these years.
The right-wing government, stepping into power in 2010 has shifted the policy focus to strengthen and help grow its own domestic bourgeoisie and initiated and carried out substantial policy measures to improve the relative position of the top 10-20 percent of income earners or property owners. Also, significant wealth transfers via creating rents for its clientele were initiated, allowing the potential for massive inequality of opportunity for the next generations.
At the same time, smaller attention was devoted to the bottom tail: curtailment of social transfers to the vulnerable groups, allowing an increased selectivity of the schooling system and inadequate focus on inclusive policies towards the marginalised people and regions may even have intensified the tendencies to the reproduction of social status at the bottom of the hierarchy.
The progress of deepening the ruptures on the top and bottom as well may even have intensified by demographic behaviour (marital sorting), by cultural segmentation and by a hugely increased role of inheritance in defining the opportunity sets of the future generations.

The project intends to combine research on inequality and mobility with a study of demographic and lifestyle trends.
The key questions of the research are:

With answering the above, the tendencies of the closure at various parts of the distribution are aimed to be revealed. In addition to these, we expect that our research will bring inspiring results to other research attempts on the Hungarian social structure as well as to researchers striving for a better understanding of social mobility in general. Parallel to this, we intend to directly create comparisons of similar tendencies between various European countries.

The research will have three strands.
First, we re-analyse of major datasets on Hungarian social structure: we will use major social structure datasets from the ’80s (the Kolosi-study of social structure), the ’90s (the Szelényi-Treimann comparative CEE social structure dataset), the 2000s (various waves of the Tarki Household Monitor surveys) and the 2010s (Microcensus of the Central Statistical Office of Hungary). On the basis of this microdata, we will test how relative positions of and relations between the top and the middle on the one hand and the bottom and the middle, on the other hand, has changed over time.
As a second strand of work, we test how internal ranks are being formed in comparable European countries. The international comparisons will be based on two major data sources. The comparative country case analysis includes Austria, France, Germany, Italy, Spain, Sweden, United Kingdom, United States.
Third, we analyse wealth inequality data on the basis of the data from Household Finances and Consumption Survey of the European Central Bank to achieve comparisons between the same countries above (with the exception of those not having HFCS). For the only country not covered (US), we will use data from LWS and OECD WDD. In addition, analysis of the European Union Statistics on Income and Living Conditions (EU-SILC) data can complement the HFCS analysis, to crosscheck the relative positions of the top and bottom quintiles, as well as the joint distribution of income and wealth, in the selected countries.

4.    DELIVERABLES OF THE RESEARCH

At the end of the two-year project (from October 2020 to September 2022), four publications can be expected.
1: Barriers to mobility in eight affluent countries: summary of existing evidence
2: Social mobility and social closure in Hungary, 1980-2016
3: Wealth, inheritance and inequality in European societies
4: Patrimonial tendencies past and present: how mobility-blocking sticky floors and sticky ceilings operate and change over time?

The project will have an interim research workshop to discuss major findings. 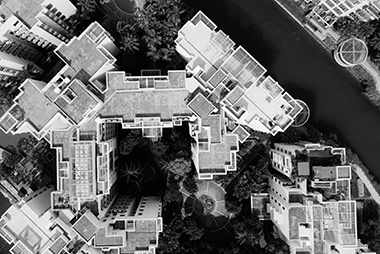 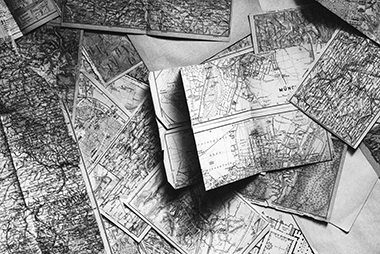